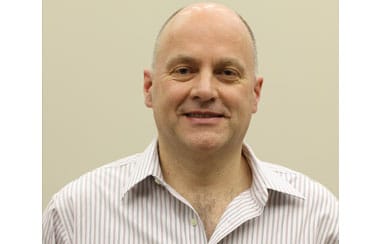 Mark Chataway’s experience in strategic communications for reproductive and sexual health is extensive. In the 1980s he championed treatment and prevention for HIV as communications director for GMHC New York, America’s largest AIDS service organization. He was consultant to the International Aids Vaccine Initiative (IAVI), for fifteen years and set up their India office. He’s played a pivotal role in ensuring that the NHS provided combination therapy to people with HIV and AIDS and helped a leading multinational pharmaceutical company launch the first of the highly active antiretroviral to the market.

His long-standing specialist interest in better sexual and reproductive health has led to projects with numerous companies and organisations such as the Bill & Melinda Gates Foundation, Johns Hopkins University School of Public Health, and the William & Flora Hewlett Foundation. He has led a team working for PATH India to  implement part of a safe motherhood and child survival intervention in Uttar Pradesh, with funding from the Bill and Melinda Gates Foundation. An expert in communications for infectious disease prevention and vaccines, he has led a 28 market project for a major multi national corporation to assess the commercial opportunities for a new hepatitis C treatment in emerging markets. He has worked on intellectual property issues related to hepatitis C treatments in India, Indonesia, South Africa, and several Latin American countries.

Mark’s understanding of media relations and communications strategy comes from first hand experience. His first full-time job was as an assistant program director with a CBS-affiliated news and talk radio station in Atlanta. In radio, he’s worked as a freelance correspondent for outlets ranging from the Papua New Guinea Broadcasting Corporation to Independent Radio News (UK) and memorably, for a TV company conducted an interview with an AIDS charity through a window, when the camera crew couldn’t muster up the courage to enter the building. He is an excellent presenter and trainer, and regularly delivers high-level presentations for clients at academic and policy-level meetings and trains company boards of directors. He has conducted communications and media training for the Guttmacher Institute, most recently as a communications expert at the Indo-US Summit on Child Survival.

Mark is one of the founders of Baird’s CMC. Besides being co-director of the firm, Mark also runs his own international communications and policy consultancy, Hyderus, based in Wales, UK. He is a board member of EngenderHealth, a New York based NGO working to improve the health and well-being of people in the poorest communities of the world, by sharing expertise in sexual and reproductive health. Mark is also a member of the advisory board for Amplify Change, a new reproductive health grant-making fund. Amplify Change gives funding to some of things that others shy off — for example LGBT issues in Africa and Asia and adolescent sexuality and reproductive health. Amplify Change is funded with British, Danish, Dutch and Swedish governments and  a substantial grant from ViiV.