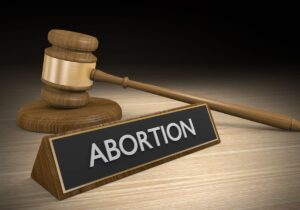 Abortion is a divisive issue in India: socially, legally, morally and religiously. A number of incidents in recent years have sparked debate over whether or not it is time to revise the country’s abortion laws.

In India, the 1971 Medical Termination of Pregnancy Act says

A pregnancy can only be terminated within the first 20 weeks of gestation, with the agreement of two medical practitioners (or one, if the length of the pregnancy does not exceed twelve weeks.) The sole exception is if, after the 20-week threshold, an abortion is deemed “immediately necessary to save the life of the pregnant woman.”

India’s abortion legislation is, for the most part, liberal. Many of the problems come with how it is delivered, with shortfalls in the public health system obstructing access to essential facilities during pregnancy (especially for the rural population.)  However, there are still problems with the law itself that ought to be addressed.

There is no provision in the law for terminating an abnormal foetus after 20 weeks. This in spite of the fact that, as the Indian Express points out, “foetal abnormalities show up only by 18 weeks, so just a two-week window after that is too small for the would-be parents to take the difficult call on whether to keep their baby and for the medical practitioner to exhaust all possible options before advising the patient to take the extreme step.”

This problem has been illustrated recently by a 23-year-old woman from the Thane district of Maharashtra, who was granted the right to have an abortion in her 24th week of pregnancy by the Supreme Court. The decision was on the grounds that her unborn child had anencephaly, a severe defect of the neural tube which leaves the sufferer missing large portions of their brain and skull. Babies born with anencephaly typically do not survive for more than a few days.

The anencephaly was not detected until a sonogram was conducted after the 20th week of the woman’s pregnancy. She was denied an abortion because of passing the threshold, which led to her petitioning the Supreme Court. The judges subsequently ruled in her favour after doctors at the KEM Hospital in Mumbai told them that the child would not survive outside of the womb without its skull. The judges also recognised the “right of the petitioner to preserve her life.”

The Supreme Court’s decision here has likely averted the heartache that would have ensued had the woman had been made to carry her pregnancy full term, only to witness the child die almost immediately. Such occurrences have happened before. In 2012, for example, a woman whose unborn child was detected to have anencephaly in the 26th week of pregnancy was denied an abortion because of the law on abortion. The woman eventually gave birth to the child, who died hours later.

Dr. Nikhil Datar, a gynaecologist who has petitioned the Supreme Court on the topic of abortion, recently penned a piece for Scroll.in. Datar wrote in unequivocal terms, stating

“when [a woman] gets a prognosis that a pregnancy is bad and…[has] to carry the pregnancy to term, it is absurd, unfair and unjust…against human rights and health rights.”

Datar noted that “neither the Shantilal Shah Committee report on which the Medical Termination of Pregnancy Act is based nor the Parliamentary archives contain any documents explaining the 20-week limit.” He attacked arguments that an abortion after the 20-week period presenting a risk to the life of the mother, saying “that might have been the case 45 years ago but does not hold true today.” He pointed to other countries with a term limit in excess of 20 weeks such as the UK, where the term limit is 24 weeks or more, depending on the circumstances. Datar also succinctly refuted the suggestion that allowing abortion after 20 weeks will increase sex-selective abortions:

“in my 25 years as a gynaecologist, I have seen that those who want to undergo sex-selective abortions do not wait till they cross 20 weeks.”

There is another compelling reason why antiquities in India’s abortion law ought to be addressed: illegal abortions. This danger is because women in countries where they cannot freely seek an abortion are more likely to turn to the exponentially riskier option of having the procedure performed by untrained, unqualified doctors – popularly known in India as “quacks.” These abortions tend to be performed in unsanitary environments, without the proper controls to guarantee the patient’s safety. Recently, an unqualified doctor was arrested in Ashok Vihar, Delhi, after performing abortions for four years without the proper qualifications.

In India, this issue is exacerbated by a shortage of qualified medical professionals such as obstetricians and gynaecologists, especially in rural areas. Health Issues India has written before about how quacks often compensate for the shortage of doctors in rural India.

Reforming India’s abortion legislation is not a new topic of discussion. An amended version of the Medical Termination of Pregnancy Act was drafted in 2015, which would have extended the gestation period to 24 weeks. The amended bill has yet to be passed by the Indian Parliament, however.

Unwanted pregnancies happen for all kinds of reasons – and likely always will. It is imperative that women, if they need them, have appropriate access to safe abortions and post-abortion care services, for the good of their health. The law – and the manner in which it is delivered – must ensure this.